The Opinion of the Traveler in the Path of Allah ta'ala 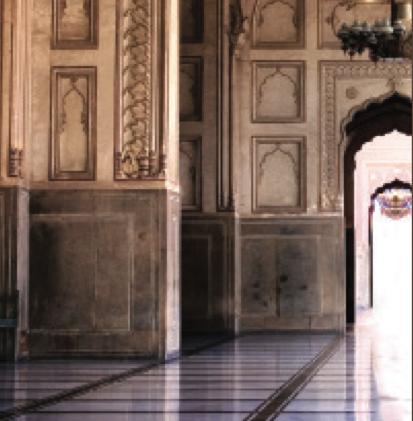 All praise is for Allah ta'ala and may the blessings of Allah ta'ala be upon our beloved Prophet (peace be upon him) We thank Allah ta'ala  for His continuous blessings and the tawfeeq (ability) of publishing another edition of Nisbah.

There are two ahadith (traditions) of the Prophet (peace be upon him), that are the core of the basic principles in the path of spirituality.

“Actions are only by intentions.”

Allah ta'ala says, “I am with my slaves according to his opinion of Me.”

Allah ta'ala orders us to connect ourselves to the righteous people in order to attain His closeness:

“O you who believe! Stay away from the disobedience of Allah and be with those who are true.” (outwardly and inwardly) (9:119)

In other words, to acquire the truth in your heart, you must be with the people of truth. Traditionally, this verse has been understood as connecting to a Shaykh and taking him as Sunnah (Prophetic tradition) and his heart has developed that truth inwardly through the guidance of his Shaykh. After this connection, one goes through the process of tazkiyyah (self-purification) by getting trained under his guidance.

But this is just a means. Allah ta'ala is the one who does everything. Our hearts cannot be purified, and the closeness to Allah ta'ala cannot be attained by just the connection with your Shaykh, as Allah ta'ala says in the Quran:

And were it not for the grace and mercy of Allah on you, not one of you would ever have been pure (by heart): but Allah purifies (the hearts of) whom He wills.” (24:21)

So then, how does this connection with the Shaykh bring that purity of the heart? The answer is:

1. By connecting with the intention that Allah ta'ala has ordered me to do this.
2. Having this opinion that I can only get benefit through this means.

According to the ahadith mentioned in the beginning, Allah ta'ala then makes this connection the source of the purification of the heart, through this intention and the good opinion.

If a student looks at a Shaykh as an ordinary person, the Shaykh will be nothing but an ordinary person for him, and the student will get no benefit from him. If the student looks upon the Shaykh with the belief that he is a righteous person and a friend of Allah ta'ala, then he will be benefited by Allah ta'ala through his Shaykh. Abu Jahl looked at the Prophet (peace be upon him) as an ordinary man, so he did not get the guidance. Abu Jahl and other people like him used to question that how can Muhammad (peace be upon him) be a prophet when he eats food and walks in the markets like an ordinary man. Allah ta'ala quotes them in the Qur'an:

There were three students of Hazrat Khawaja Baqi Billah (may Allah ta'ala have mercy on him), who was a quiet person. One of the students was of the opinion that his Shaykh could not deliver a good speech. The other student was of the opinion that his Shaykh has the perfection as a guide, but cannot guide anybody to perfection. The third student had the opinion that if anybody had a better Shaykh after Sayyiduna Abu Bakr Siddique, then that person is me. History knows this third student as Imam Mujaddid Alf Thani (may Allah ta'ala have mercy on him) (The leader, the reviver of the religion of the second thousand years). Allah ta'ala gave him that status because of his good opinion about his Shaykh.

We need to have the right intention when we take a Shaykh as our guide, and we should have the best opinion about him. Through this, Allah ta'ala makes him the means for the student to achieve the goal of his life, the closeness to Allah I and righteousness.